I visit the Brookfield Zoo quite often to practice my photography. But, I usually limit my visits to the months of October through March to avoid the crowds. During the Winter, I sometimes have almost the whole zoo to myself. In fact, during one visit on a particularly cold Winter day, there were only two other people (a woman with a baby in a stroller) there!

However, I really wanted to capture some photographs of the sloth bear cubs. The cubs were born in January of this year and were recently introduced to the outdoor exhibit space. So, I risked a May visit to the zoo. Unfortunately, the cubs never came outside during this visit.  I returned to the zoo a few days later. This time, the cubs made an appearance about 30 minutes after my arrival.

The bigger challenge was dealing with the crowds. As I entered the zoo, I said to the employee at the entrance that I was guessing there had to be a hundred school buses in the parking lot. He corrected me and said that there were 168 school buses out there! Given that most of the school buses hold 75 students, there were at least 12,000 kids running around the zoo--not to mention the ones who were visiting outside of the field trips.

Taking photographs under these conditions is not easy. Kids are running under and into the tripod while screaming at the top of their lungs. As a result, I had to grab the tripod at the most inopportune times--missing several peak moments. After a couple of hours, I was able to capture a number of keepers, including these three photographs: 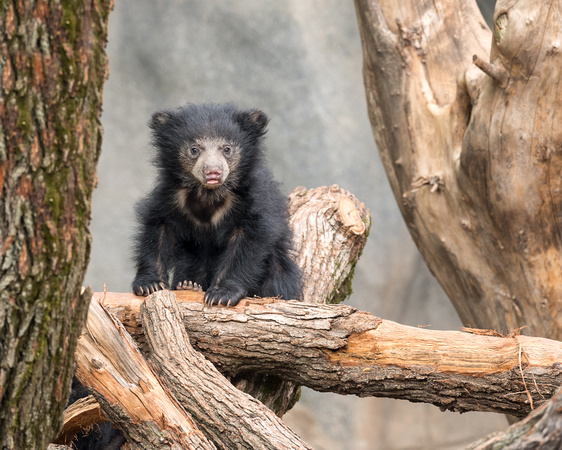 Bear cub in the sky 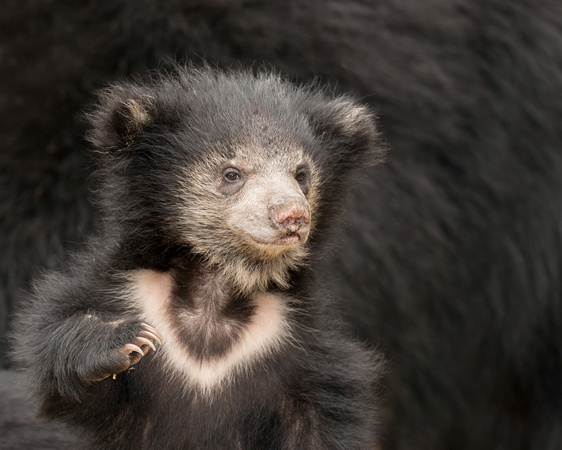