During my recent 32 day road trip, I used a tripod for the vast majority of my shots. But, there were times when using a tripod wasn't possible. In some locations, tripods aren't permitted. In other situations, the positioning required of the camera made a tripod impractical.

Fortunately, the RRS Multi-Clamp enabled me to secure my camera and capture shots in certain situations where the use of a tripod wasn't possible. I carry this small piece of equipment in my camera bag at all times. 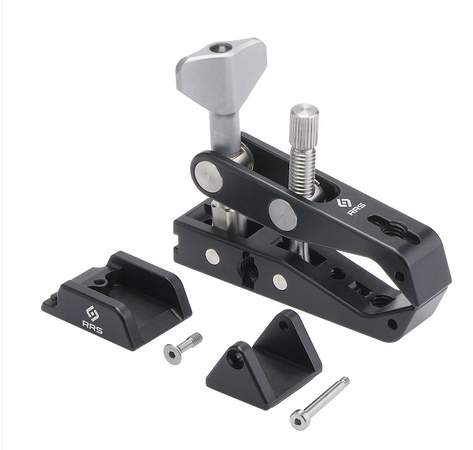 I just started processing photographs from my journey. During just the first day of shooting (in St. Paul, MN), the clamp allowed me to capture two pictures that would otherwise not have been possible.

This image of the Minnesota House of Representatives required the clamp. Access was restricted to the chamber floor by a tall gate. This gate was about 7 feet tall. I clamped the camera to the top of the gate in a position that allowed me capture a symmetrical image of the chamber. The camera was so high that I couldn't see through the viewfinder, so I used the Live View feature on the D800 to align the lens. Here's how the set up looked: 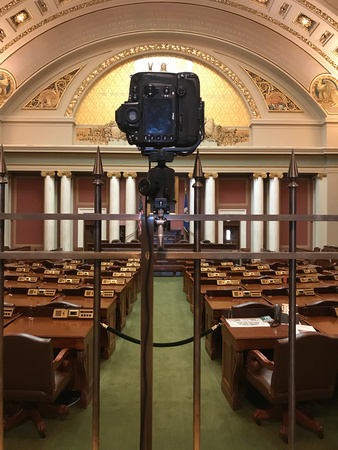 And, here's the processed photograph:

So, why was stabilizing the camera so important?

To illustrate the benefit of bracketed exposures, take a look at the very best exposure that I could generate with a single click. If this is all I could capture, I wouldn't bother taking the picture: 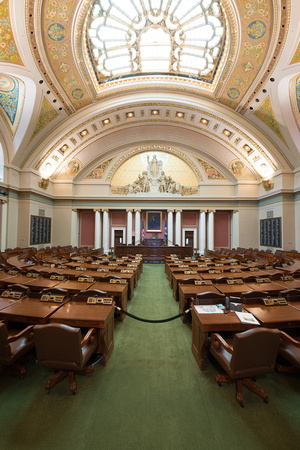 Later that day, I visited the Sunken Garden at the Marjorie McNeely Conservatory. As with the above situation, I wanted to bracket my exposures inside this greenhouse. I also needed a rather wide depth of field for this picture.

The Conservatory prohibits the use of a tripod. So, out came my RRS Multi-Clamp! 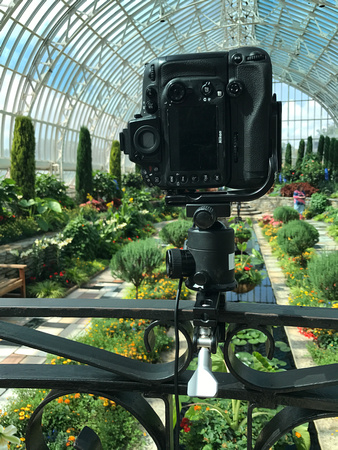 It wasn't long before I was approached by a staff member of the Conservatory. She told me that tripods weren't allowed. I pointed to my tripod...which was laying on the ground next to me...and said that I read the policy and was using the clamp so as to avoid getting in the way of other visitors. After a short hesitation, she acknowledged that I was in compliance of the rules as written. I was permitted to continue shooting!

Later in the trip, I captured some of my favorite photographs by using the clamp. It helped me position the camera over the edge of railings to capture pictures of interesting staircases. Now, the clamp isn't cheap. But, it's worth the extra money to me to secure my camera and lens while it's hanging over a railing!

The clamp also lets me shoot in such a way as to not attract the attention of security as quickly as when I am using a tripod. I stand very close to the clamp and camera so that it appears as though I am just standing against the railing while looking over a scene.