When one thinks about photographing interior spaces, the lighting conditions outside isn't always top of mind. However, after shooting the interiors of many buildings over the years, I'm almost always hoping for overcast conditions. In the case of churches, bright sunlight typically blows out the stained glass windows--even when taking extreme HDR measures. With state capitols, portions of the domed ceiling will get blown out as well...or deep shadows might be cast in unwanted places within the frame.

During my road trip through Florida, I came across this challenge during my visit to the historic Ponce de Leon Hotel on the campus of Flagler College in St. Augustine. After persuading the security guard to allow me to set up my tripod and photograph the interior of the lobby dome, I captured a series of ceiling pictures. While reviewing the images on the screen on the back of my camera, I determined that it would be impossible to salvage the colors in a large segment of the frame due to the effect of bright daylight streaming in from a low angle through the entrance door. Segments of the ceiling were blown out...and very blue (due to the color of the daylight as compared to the interior lighting). No amount of exposure adjustments or highlight recovery would save the pictures.

So, I returned later that afternoon to inspect the interior again. The lighting was much more favorable in part due to the higher angle of the sun in the sky. I was also able to wait for cloud cover to further improve the image.

I returned again the next day to take another look at this interior. This time, not only did the daylight situation improve, but I also noticed that the interior lights did a better job of illuminating the ceiling. Once again, I repeated the entire photo shoot!

Here are the final images: 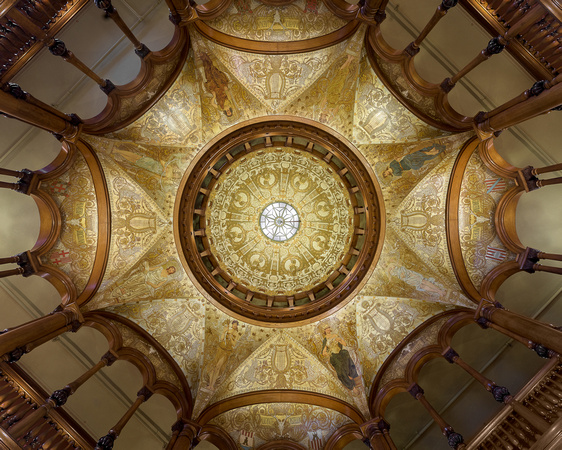 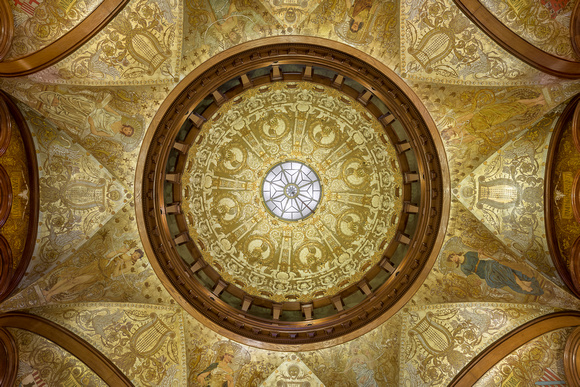 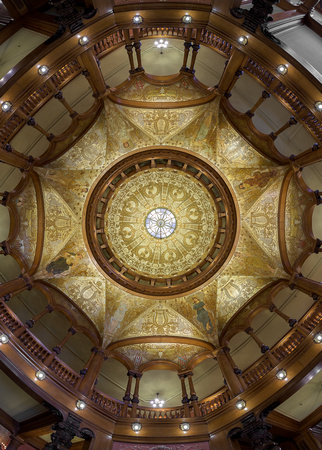 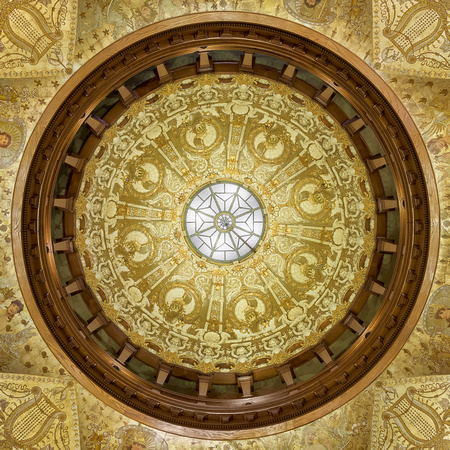