"Professional" Shoot at the Art Center?

Last month, I traveled to Des Moines. One of the locations that I visited was the Des Moines Art Center. The Art Center features interesting architecture. The buildings consists of three wings--each with its own architectural style and designed by different architects.

A few years ago, I discovered this building and captured some exterior images of one of the wings: 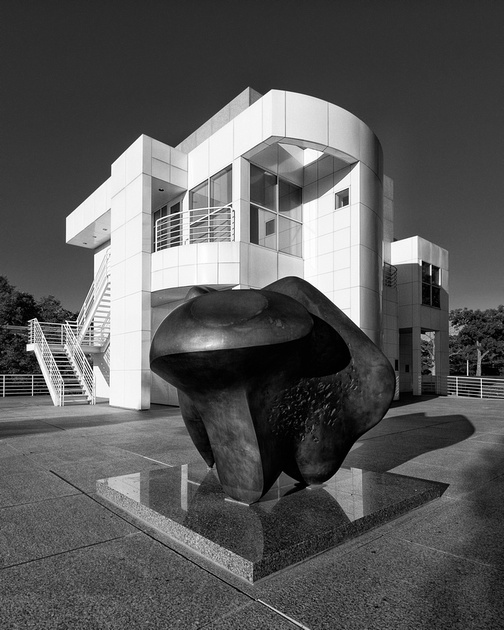 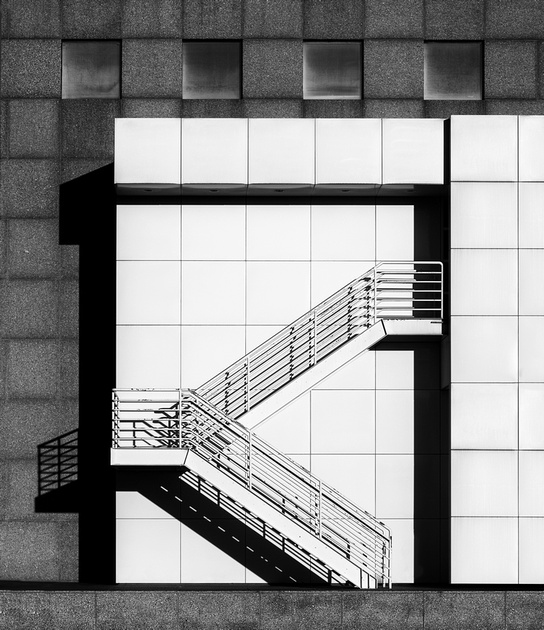 This time, I entered the building in hopes of capturing some interior pictures. But, at least initially, that wasn't to be. I was told that I couldn't enter with any professional gear, including a tripod. I asked if I could take some photos with my camera--handheld. At that point, I stripped my gear down to its smallest size...my Nikon Z7ii (without grip) with one lens attached (the Nikon 14-24 S). No tripod. Security personnel said it was OK.

I was mostly interested in taking pictures of this contemporary staircase in the Richard Meier wing of the Art Center. I set my camera for a three frame exposure bracket (using high speed frame rate) and fired three snaps while trying to keep the lens as steady as possible. It helped that my Nikon Z7ii offers image stabilization. So, even though my lens didn't have vibration reduction--the camera did steady things. I was able to capture an acceptable photograph. Yes, that's a "Taco Pizza Slice" chandelier hanging from the ceiling! 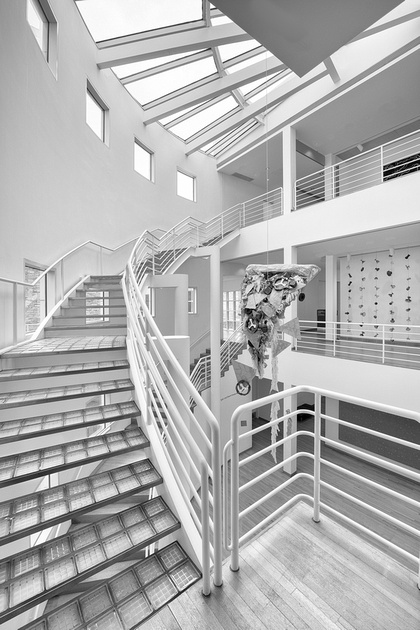 I also captured this photograph of a corridor in the same wing of the Art Center. While composing this image, I placed a knee on the floor to gain a lower perspective. As soon as my knee touched the ground, I heard one of the employees approach me from behind. She shouted "now that's a professional photo shoot!" She told me to stop taking pictures as it was clear that I was a professional. I explained that I was cleared by security after I left my "professional" tools (mainly the tripod) in my car. I also said that just because I lowered myself to change the perspective doesn't mean that I'm a professional. I had no plans to sell these photos. She relented and I continued shooting. 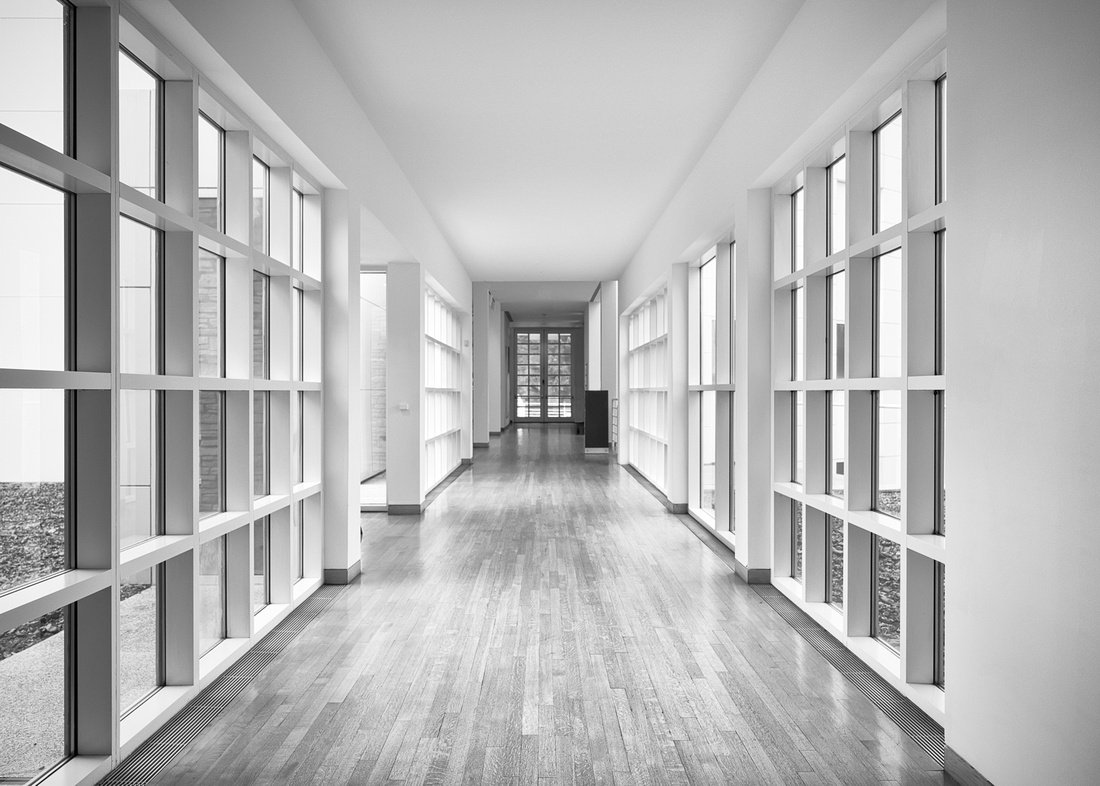 Before leaving, I captured this photograph of a staircase inside the wing designed by architect I.M. Pei. The brutalist style of this wing contrasts with the contemporary wing designed by Richard Meier. 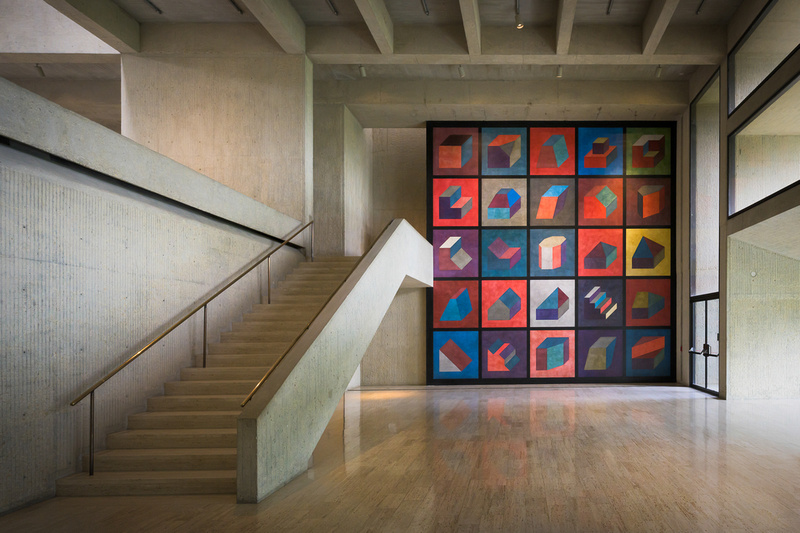 In the end, I found many interesting subjects to photograph during my short stay in Des Moines. CLICK HERE to view those images.