During my recent Desert Southwest Road Trip, I visited Chaco Culture Historical Park in New Mexico. This was one of my favorite locations of the trip, in part because the crowds were so sparse. One of the reasons for the few visitors is that the park isn't always easy to access.

Since I was driving a Prius, which is a very low clearance vehicle, I drove into Chaco from the north. I was told that the road from the south required a high clearance vehicle, but that the northern route was usually suitable for a passenger car. From the north, I exited highway US 550 about three miles south of Nageezi onto CR 7900. From there, the first 8 miles of the road is paved. The next 13 miles is a dirt and gravel road, and the final 4 miles are not maintained and very rough.

The conditions were dry, so driving into the park didn't present much of a problem. For the last four miles, the road is so rough that I had to drive slowly--usually about 5 miles per hour and never exceeding 10 miles per hour. But, with a little patience, I arrived at Chaco with a dusty Prius.

Because the park isn't nearly as accessible as most others (i.e., Mesa Verde), the location was free of crowds. The Chaco Canyon is filled with amazing ruins. Most times, I had the ruins to myself. I also participated in numerous ranger-led tours during my three days in the park. Most times, there were just a few of us on a tour.

Another factor that keeps the crowds down is that there are no services available at Chaco--no food, no gas, no ice, no cell service, no internet and no lodging other than the campground. I brought enough food for a few days. My Prius rarely needs gas. And, I had a cooler of ice which melted after the first day.

Here's my brand new Prius at the Chaco campground. Please forgive the poor image quality--I still haven't figured out how to work the camera on my iPhone! 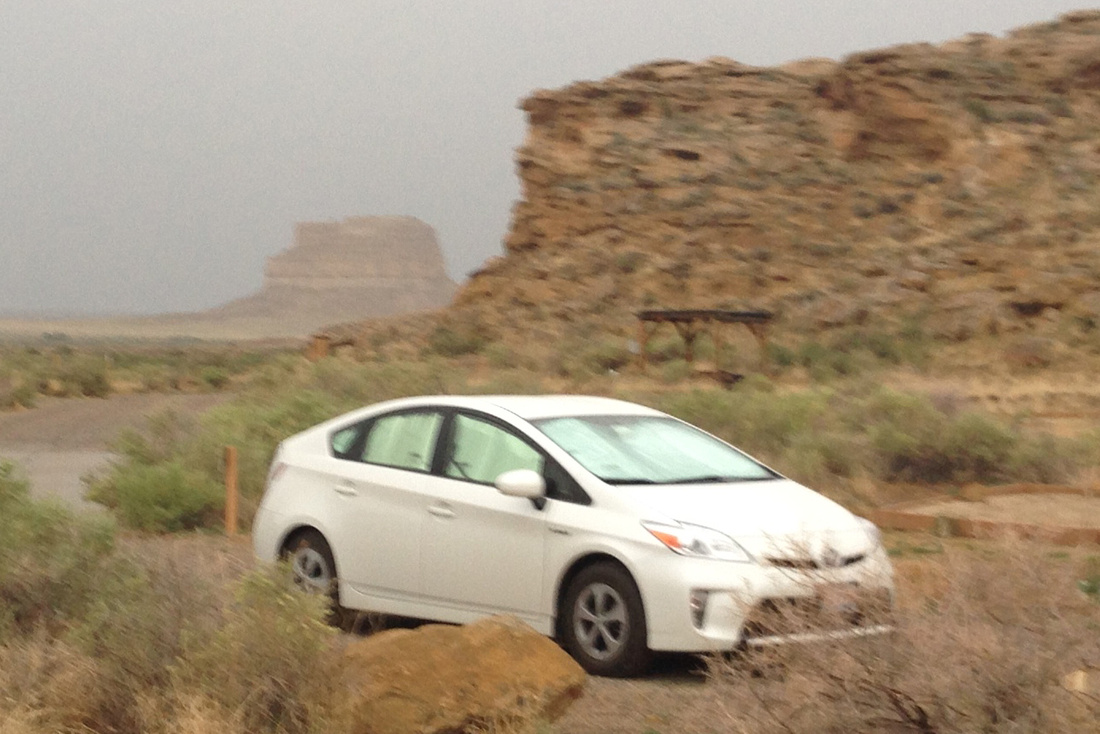 Note the overcast conditions in the above picture. Once I arrived at Chaco, it started to rain. Chaco receives very little rain. But, it was the monsoon season and it was raining or overcast during the vast majority of the time I was there. This was bad for two reasons. Photography was difficult for much of the time in the rain. And, the road leaving the park was becoming a problem!

I spent the better part of my first two days in the park scouting for good photography subjects. When the light finally broke through the clouds, I was able to get in the right spots quickly and capture enough pictures to salvage the visit from a photography perspective. Here are a few of my favorites: 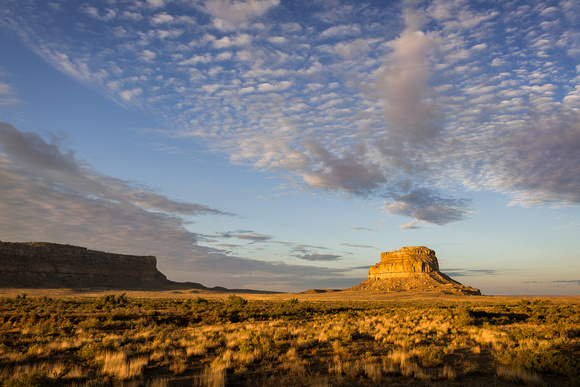 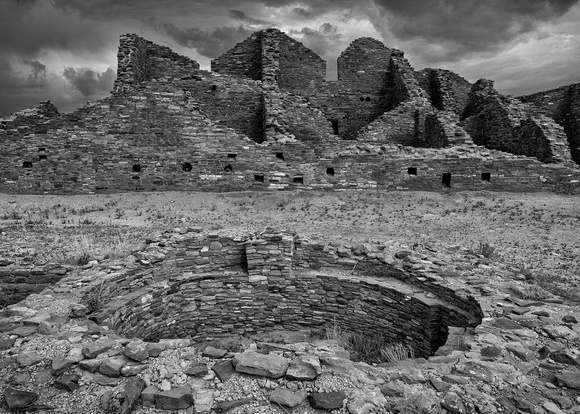 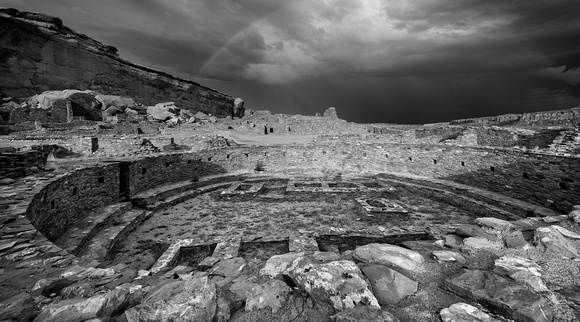 Then came the time for me to leave. On the morning of the third day, I started driving on the northern road. The first mile was tedious--very bumpy and once again I was driving at about 5 miles per hour. After that, the mud started getting deeper. And, the road was becoming as slippery as if it was covered with ice. Large vehicles had passed through earlier, so the ruts in the mud were very deep--so deep that my Prius could easily get stuck in them. Soon enough, my car was stuck with the tires spinning in the mud. Fortunately, the tires gained enough traction when I put the car in reverse that I was able to back out and then return to the park.

The mud at Chaco isn't like anything I've experienced before. It's like a thick glue. I was told that if I had kept driving, the mud would pack the tire wells to the point where the tires could no longer rotate. It's also very slippery. It's easy to slide off the road. Without cell or internet service, I was looking at a long walk in that muddy mess.

I went into the visitor center to try to plan my next move. The ranger told me that the road can be impassable after rain and that I would just have to wait it out. He said that I should probably try again in the afternoon once the mud had a chance to "bake" for a while. He also said that there was more rain in the forecast! It was looking like I might be at Chaco for a lot longer than I had planned.

The ranger told me that maybe I would be like him. He stayed for 28 years! Actually, I was impressed with the enthusiasm of all of the rangers at Chaco. They all love the place and wouldn't want to be anywhere else.

A few hours later, I once again tried to leave the park. This time, the mud had dried just enough for my car to power through it.

Although I certainly had my challenges at Chaco, it will always be a special place to me. The canyon is beautiful, the ruins are fascinating, the rangers are enthusiastic--and I felt like I had the place all to myself. But, next time my Prius is going to sit this one out.